You are using a web browser that may not support the design features on this site.

For the best experience, please switch to another browser. We recommend Chrome or Firefox.

Meet the Team at Amistad Dentistry

Your Del Rio comprehensive dentist and his highly-skilled staff have dedicated themselves to excellence in patient care and education in order to serve our community through access to a wide range of dental procedures.

We recognize that each patient has their own unique oral health challenges, smile goals, and potential apprehensions. We guide our patients into making educated and informed decisions, as we believe that patients should be active participants in their dental well-being.

At our office, you will find a passion for dentistry that carries through every member of our dedicated staff. We work hard to provide our patients with the best experience while delivering unparalleled dental treatment.

We invite our patients (new or existing) to take the time to get to know us. Each dental visit is an opportunity to strengthen our mutual bond of trust, respect, and appreciation.

Below are small insights into our hobbies and education, if anything strikes your interest, please bring it up next time you see us! 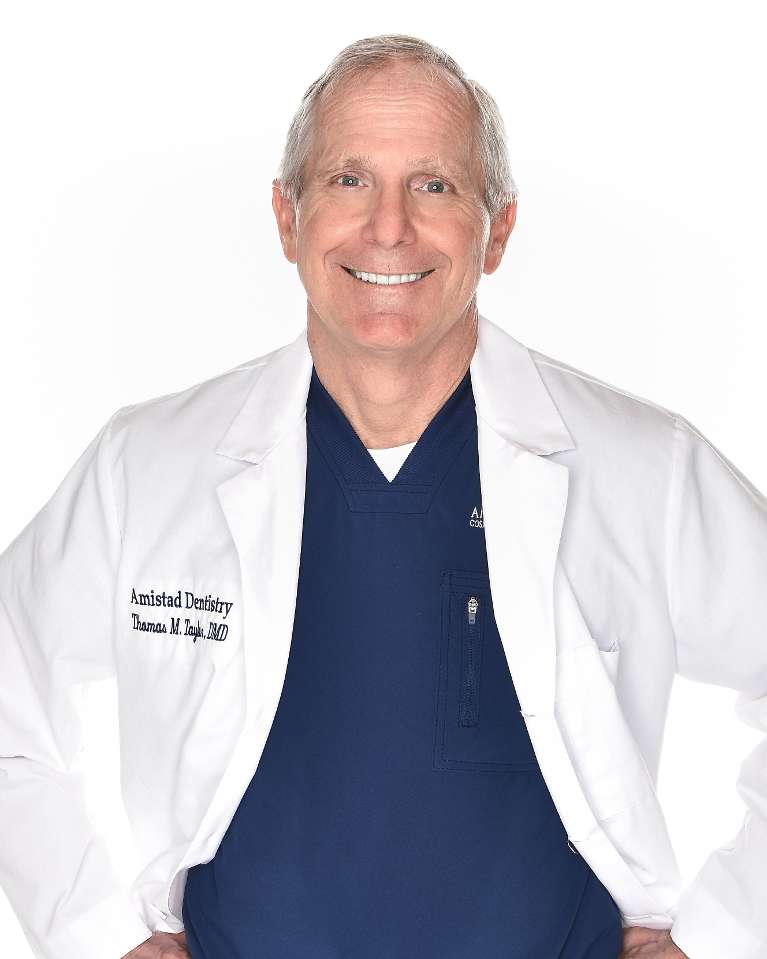 Born and raised in Del Rio, Thomas Taylor left, after graduating from Del Rio High School, for college. Upon graduation from Southwest Texas State University (now Texas State) with a finance degree, Tommy took a job with Kraft Foods, peddling many of the fine foods for which Kraft was known. Kraft moved Tommy to Tulsa, OK to take over as an account manager for a growing chain. After two years in Oklahoma, he knew that he wanted to return to Texas and especially Del Rio. It was then that Dr. Taylor began his pursuit of a career in dentistry with the goal of joining his dad, Dr. L.G. Taylor. He moved to Austin and completed his pre-requirements to apply to dental school.

After numerous interviews and school tours, Tommy settled on Tufts School of Dental Medicine in Boston, MA. “I chose Boston because it was one of the most unique cities in which I interviewed,” says Dr. Taylor. After spending almost four years in Boston and loving just about every moment, Dr. Thomas Taylor was ready to come back home, and on January 4, 1999, he saw his first patient as a licensed dentist. “I’ll never forget that day because not only was it my first day, but as soon as the patient sat down, the power went out and stayed out for about 30 minutes. I’ve never liked making people wait,” says Dr. Taylor, “and now I start out behind on my schedule.”

Drs. Tommy and L.G. practiced for another two and a half years in the 750 square foot office that Dr. L.G. had begun 40 years earlier. On October 8, 2001, Amistad Dentistry moved to its current location. “I had a lot of memories as a kid and helping out emptying trash and assisting Dad in the Main Street office and was a bit sad to see the end of that era, and so I figured Dad would be, too. At the end of our first day at our current office, Dad and I (as we often did) were visiting in our back office, and I asked him if he missed the old place, and his response was an emphatic, ‘Not a bit!’” recalls Dr. Tommy.

Dr. Tommy met his wife Dayna after she moved to Del Rio to take the job as Rehab Director at the Val Verde Regional Medical Center. Dayna’s version of how they met goes something like this: “I moved to Del Rio with the plan of staying about a year, then move back to Phoenix. After living here for about six months and overdue for my regular hygiene appointment, I asked the ladies with whom I worked what dentist they recommended, and they said, Dr. Taylor. They then added that he was also single. So I made an appointment in March to have my teeth cleaned, and we were married in August.” 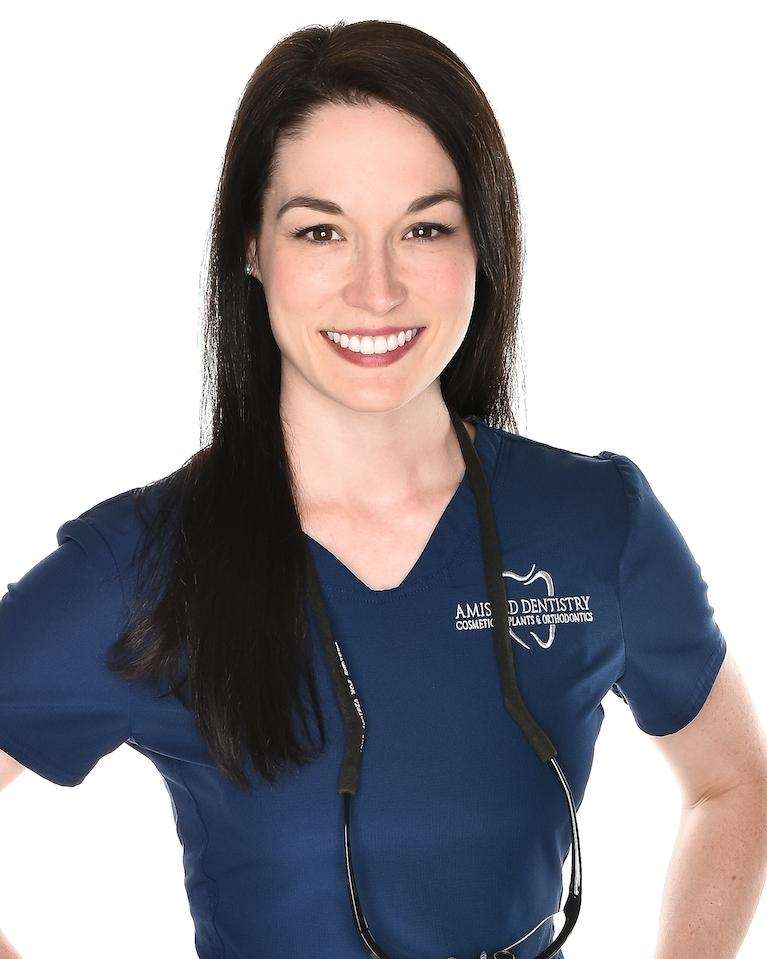 Elaine Clines is originally from Toledo, Ohio. She graduated from Hillsdale College with a B.S. in Biology and The Ohio State University College of Dentistry. She commissioned into the United States Air Force in 2015 and completed her advanced education in general dentistry at Bolling AFB in Washington D.C. in 2018. After 4 years of service, she separated in October 2021. Her husband is an instructor pilot at Laughlin AFB and they moved to Del Rio in January 2022.
Elaine is excited to be part of Amistad Dentistry and share her passion for oral health with her patients. 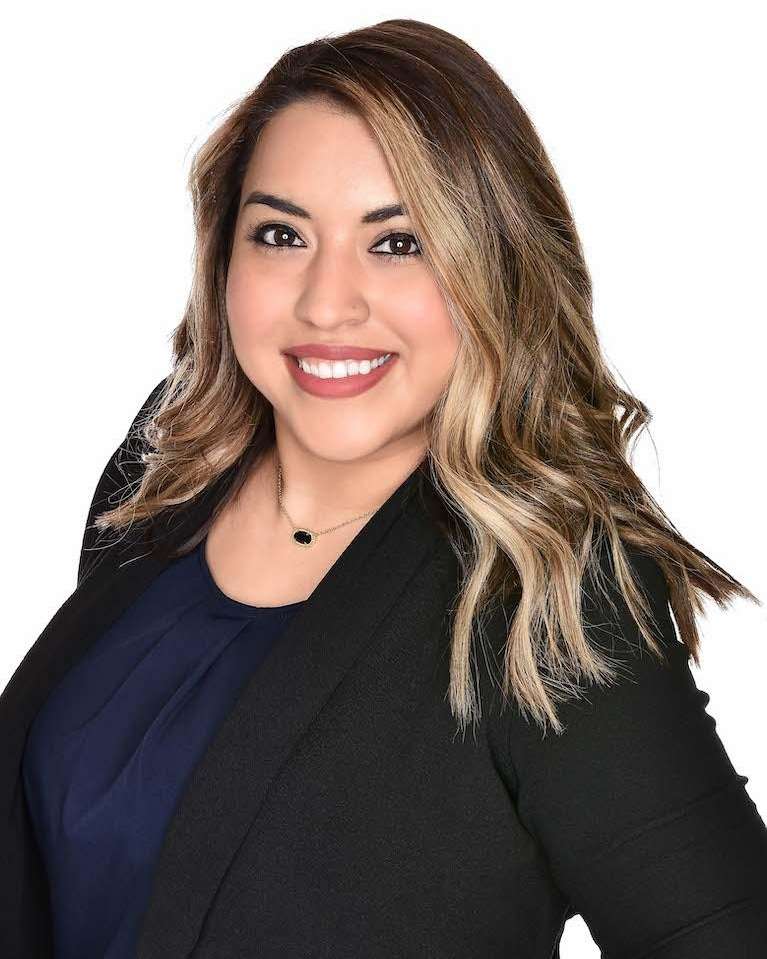 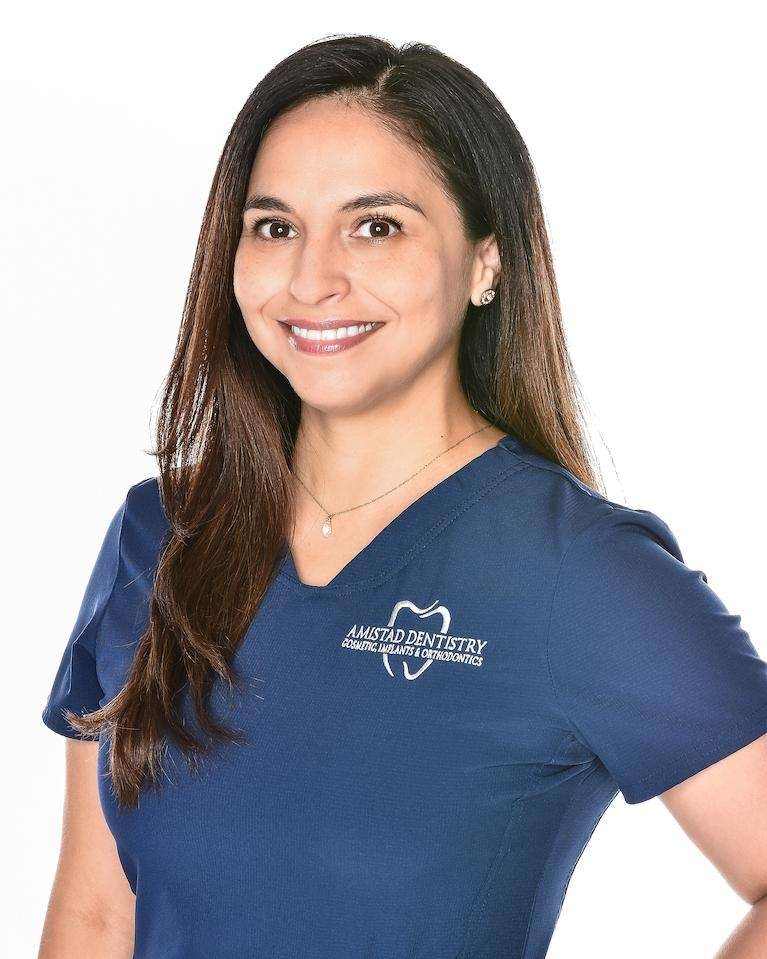 Alejandra graduated in May 2006 from Coastal Bend College in Beeville, TX. She has been with us since June 22, 2020, and she loves being able to connect with people and helping them reach their goals when it comes to their smiles.

She finds gratitude in delivering professional quality service in a comfortable setting. Her priority is always to make sure the patient is comfortable and happy during their dental appointment. Her fourteen years of experience help Alejandra in building long-lasting and trusting relationships with patients. It is her pleasure to continue to provide the best service possible to help maintain the health of patients.

When she is not at work, she enjoys doing community outreach and dental mission trips to underprivileged areas. She loves to travel and to stay active in her profession. 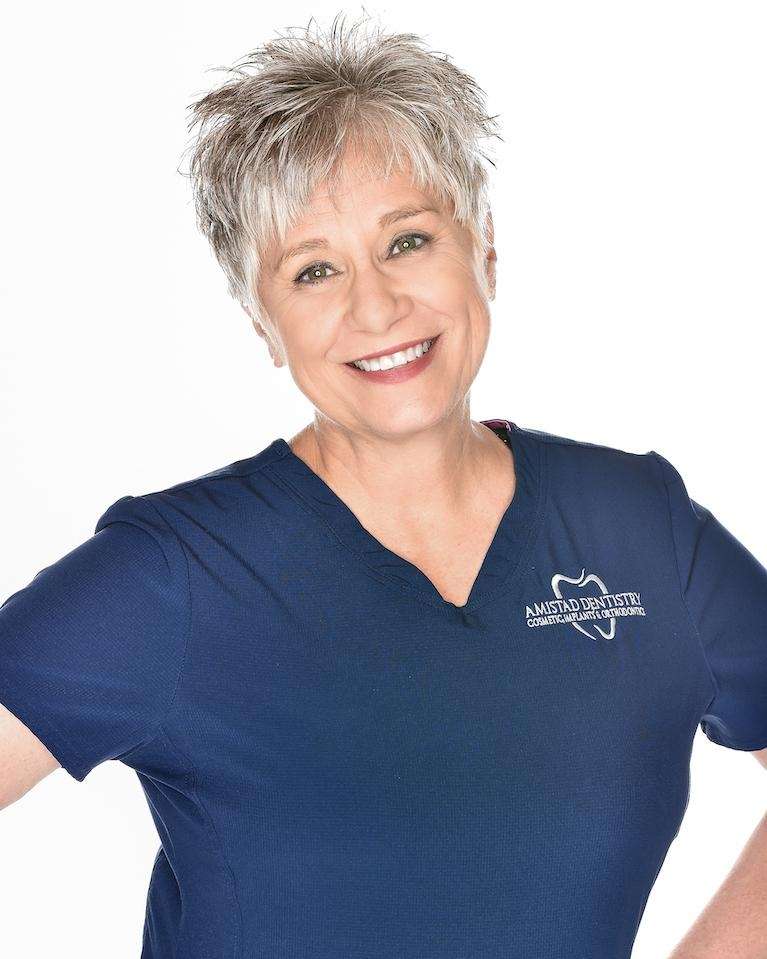 DeeAnn earned her Bachelor's of Science in Dental Hygiene and has been with us for one year.

She loves her patients and the bond she creates with them—she desires to help them change and improve their lives. She has been practicing for 33 years, and several of her patients have become life-long friends.

Outside of our dental office, she owns a competitive all-star cheer gym, and she coaches full time in the evenings for the last 17 years. It is her passion outside of treating patients. 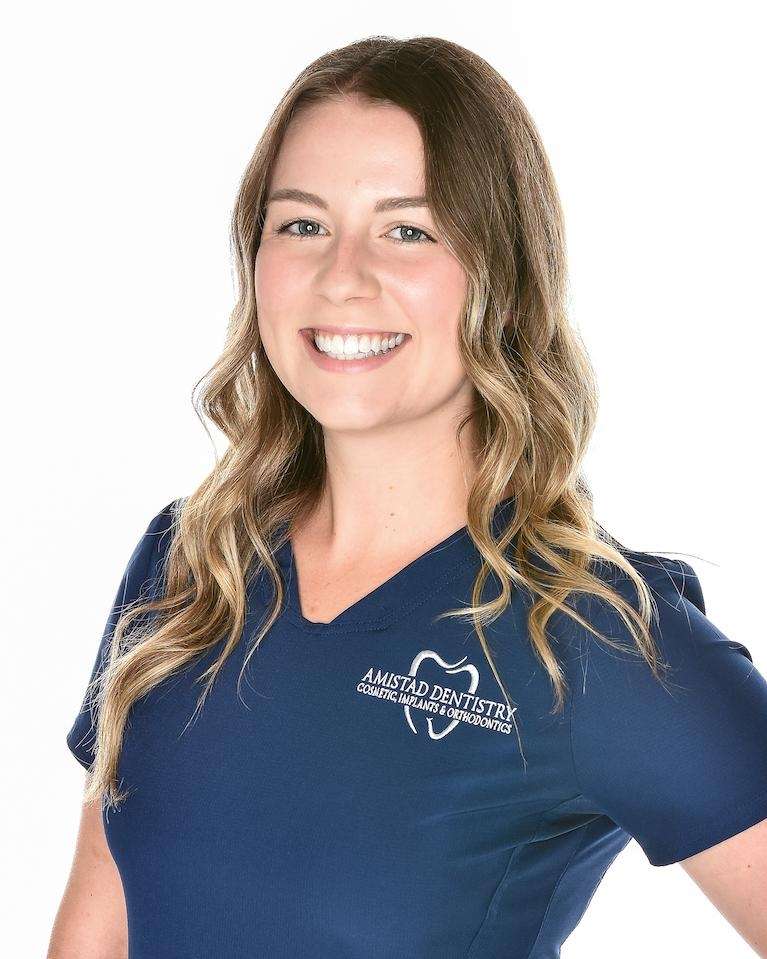 Emma graduated from Dental Hygiene School at the College of Southern Idaho in Twin Falls, ID in 2021. She is a proud military spouse to her amazing husband of 5 years. She is originally from Montana but will be moving to California so her husband can fly the KC-135 starting this fall. Emma's favorite hobbies are working out, taking walks, traveling to warm beaches and unique countries, fostering dogs and spending time with family and friends. 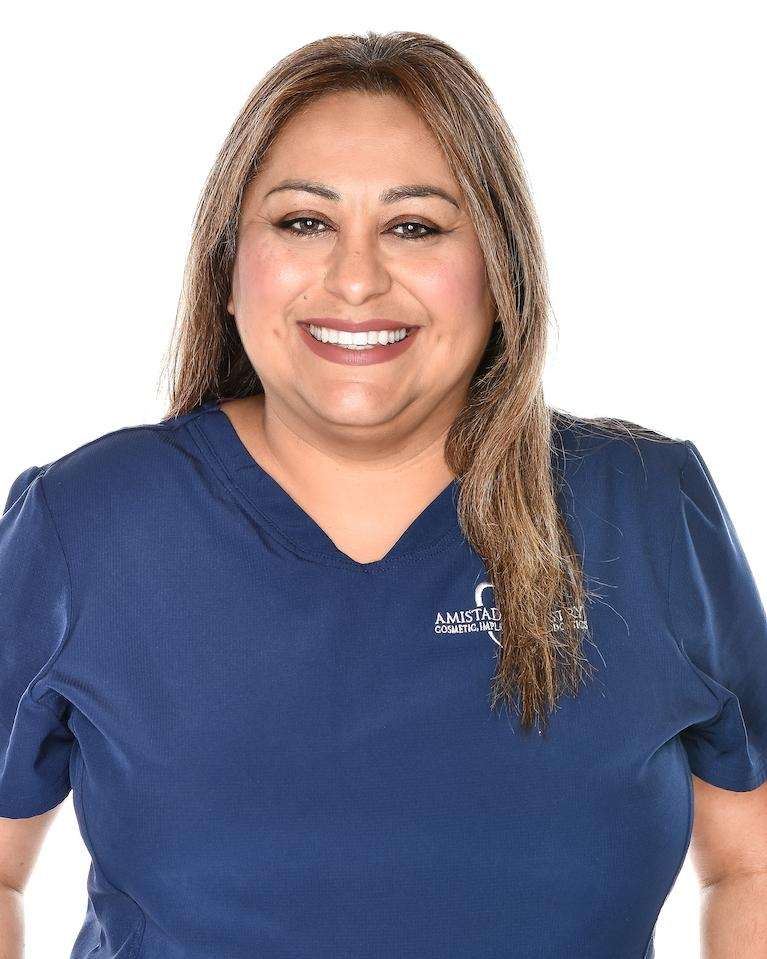 Genevieve earned her education from San Antonio's medical and dental assistant schools. She also received training and coaching with CEREC technology and as a phlebotomist. She has been with us for 16 beautiful years.

She loves caring about helping others, and she loves seeing patients' smiles transform. Along the way, she works to ease patients' anxieties and build trust. That bond encourages patients to continue making regular dental visits and keeping their smiles healthy. The technology and the opportunity Dr. Taylor gives his staff the chance to train to the max of their abilities.

Outside of work, she enjoys spending time with her family and watching Netflix and Hulu. 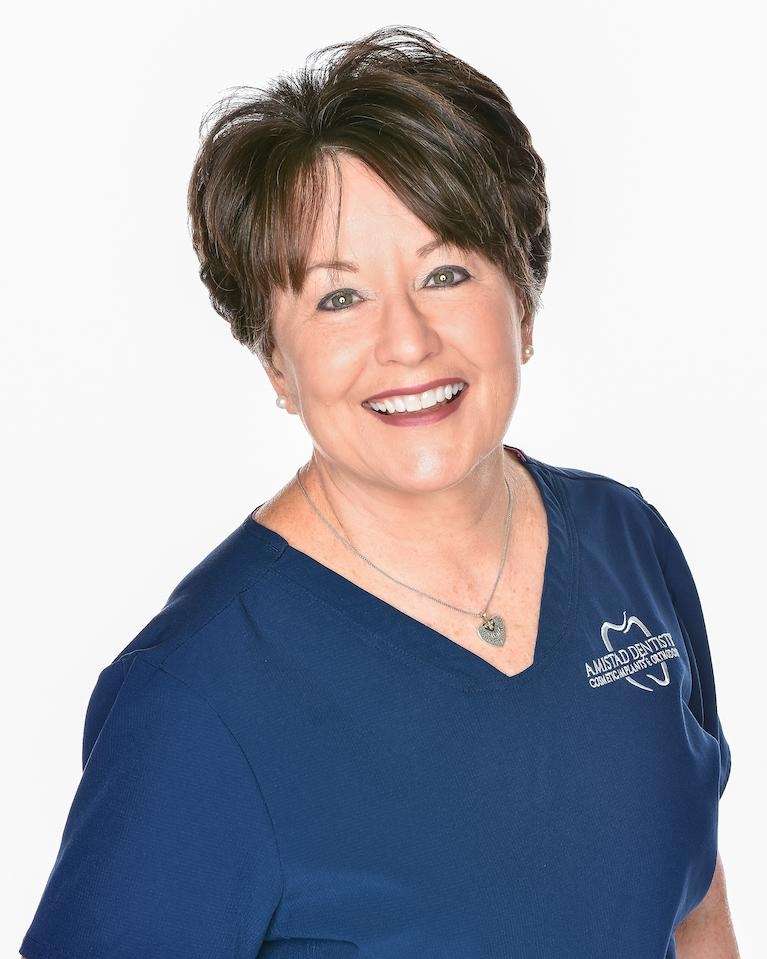 Originally from Lancaster, PA, Bonnie has been with us for 19 years.

She loves providing the best dentistry to patients that become friends over the years. When she's not in the dental office, she enjoys gardening, reading, and crafting 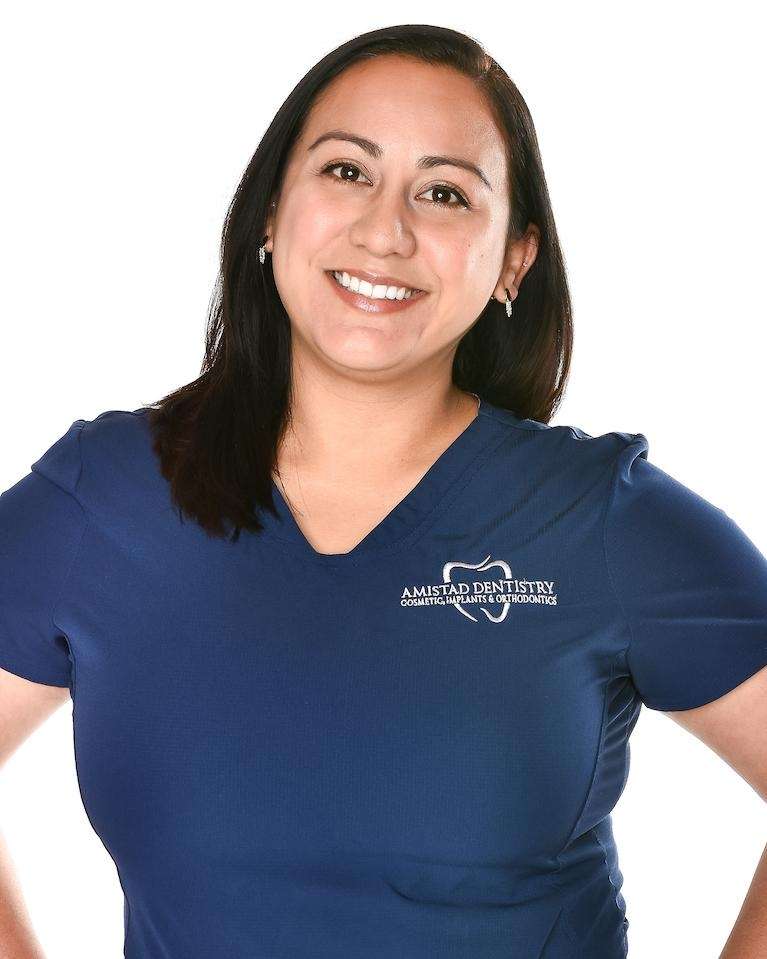 Ashley Marie received her education from Kaplan College as a registered dental assistant (RDA). She has been in the dental field as an RDA for ten years and is passionate about helping people. Ashley Marie truly enjoys meeting people and getting to know them. She enjoys educating our patients and interacting with them. It’s so rewarding when dental staff can treat patients, and they leave with a happy SMILE.

Originally from Spofford, Texas, in her spare time, she enjoys spending quality time going fishing, swimming, and lots of crafts! She also spends lots of time with her family. 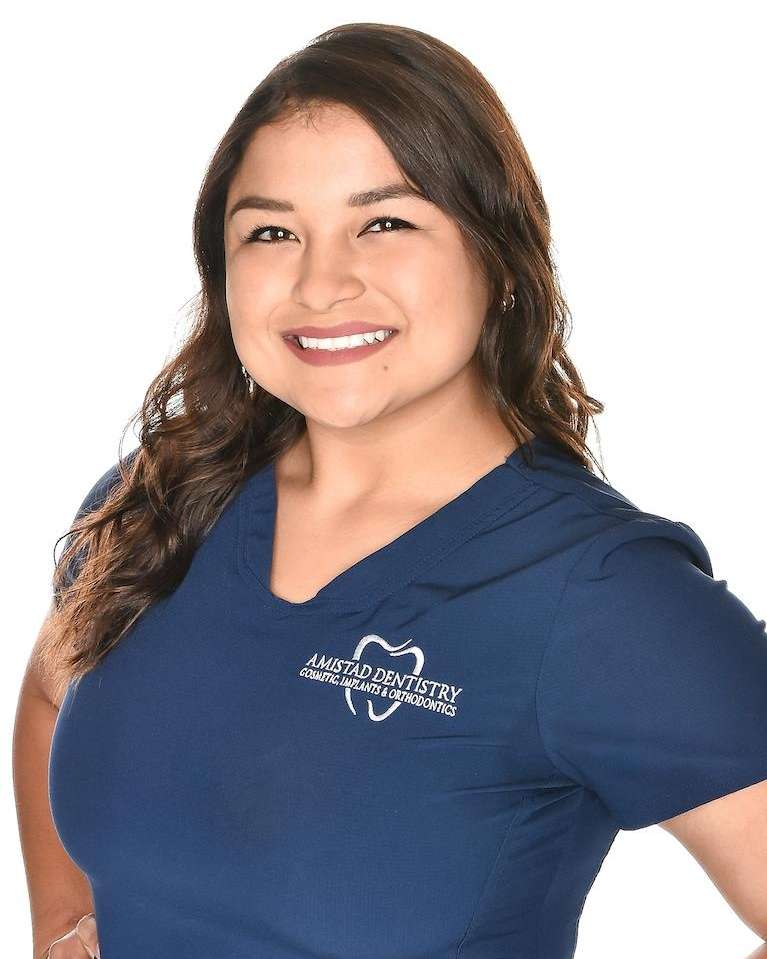 Originally from Del Rio, TX, Ernestina has been with us for one month, and already there are aspects she loves, like meeting new people and getting to know them as patients and friends. She is exceptional at making patients feel comfortable at the dentist as well as making them happy with their smile.

Outside of work, she spends time outdoors with her dog. Ernestina likes to say active by walking, hiking, swimming, and just overall spending time outdoors as much as possible. 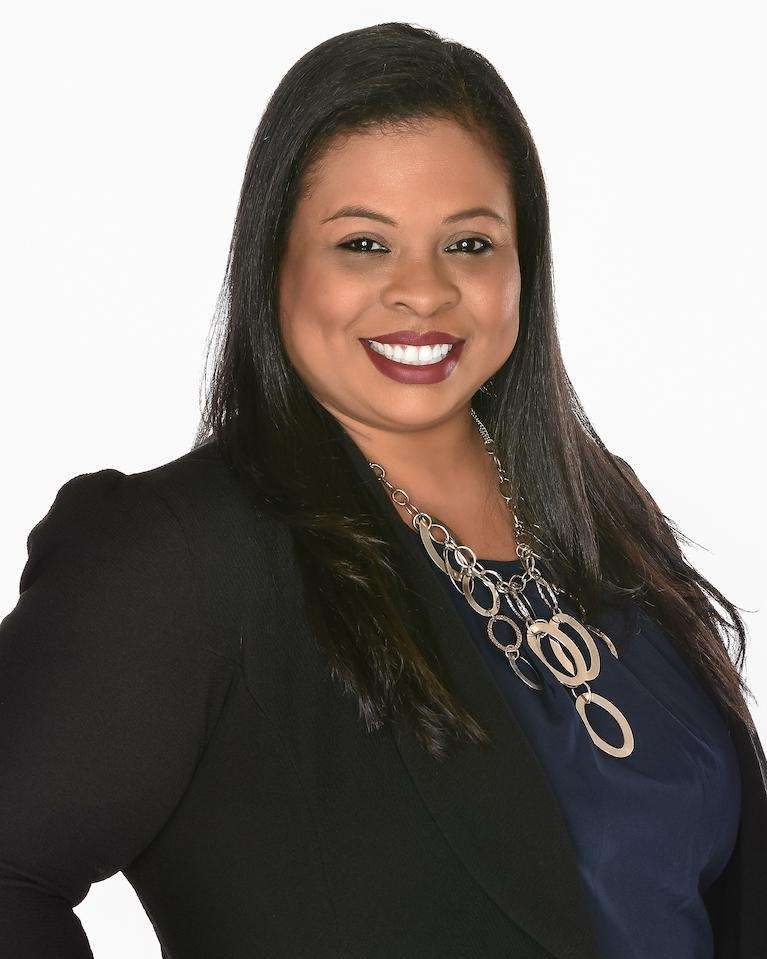 Cynthia attended Del Rio High school, followed by Career Point College. She has specialized training and awards for CNA and Medical Assistant. Cynthia has been with us since 2015, and her favorite part of dentistry is interacting with patients, especially helping them maximize their benefits so that they can get the dental treatment they need. She loves learning new things and especially enjoys working with her co-workers.

In her free time, she loves spending time with her family watching movies. She also enjoys crafting and party planning. 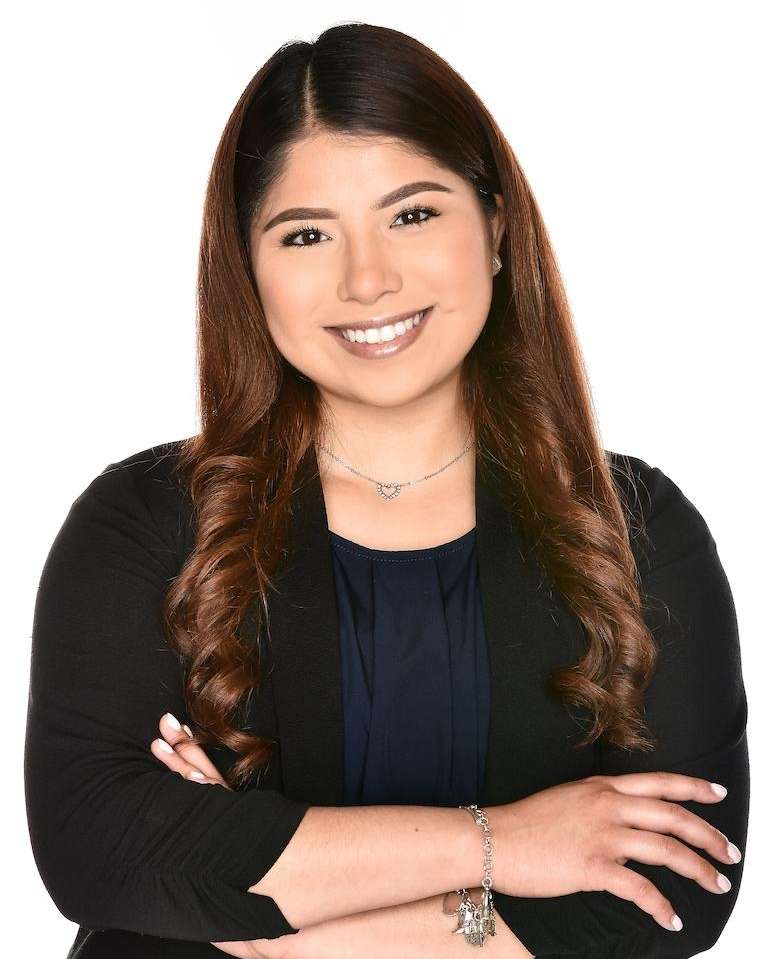 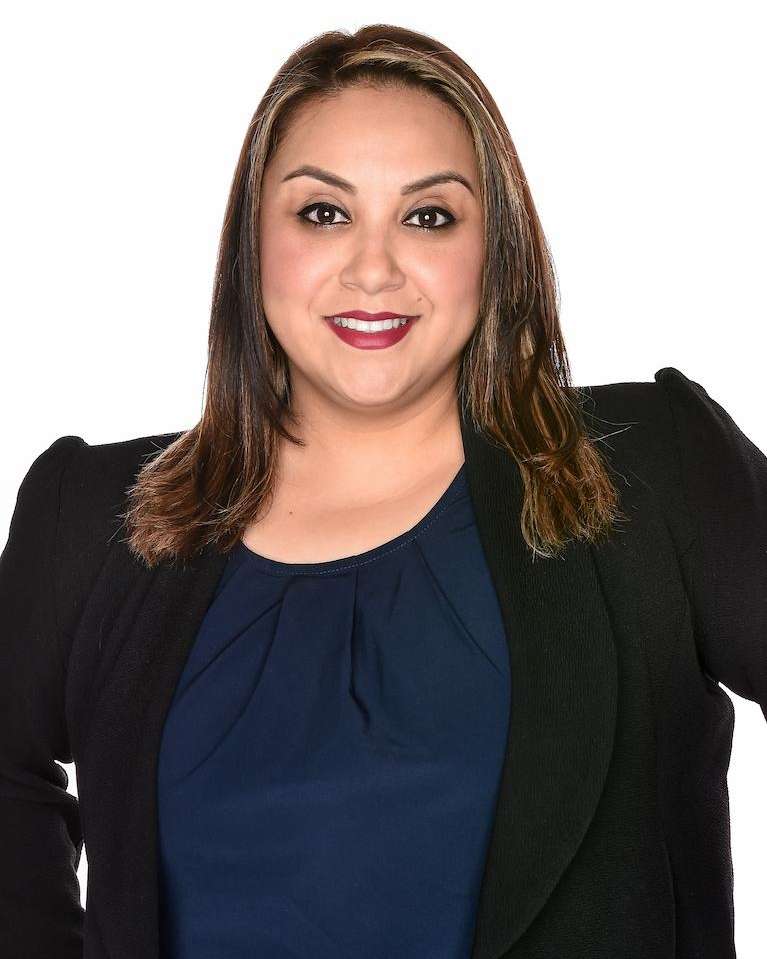 Priscilla attended Brackettville High School and obtained her RDA through UT Health Science Center. She joined the Amistad Dentistry Family in 2012. She enjoys meeting new people and helping patients with dental treatment questions. In her free time, she enjoys time with her husband and 2 sons.

A Healthy smile is just a click away.
Request an Appointment
If you have difficulty using our website, please email us or call us at (830) 775-2431